How To A/B Test Ads In Google Ads 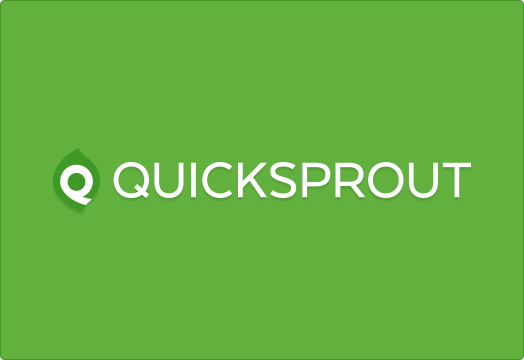 Considering that Quality Score is based mostly on your ad’s CTR, it makes sense to figure out which ads tend to perform best.

Fortunately, Google Ads has a built-in A/B testing feature so you don’t need to guess

I’ll show you how the two approaches that PPC professionals use to split test their ads, and how to know when you’ve found a winning ad.

So basically, there are four things that you can test within an ad. There’s your title, or your headline, the first line, the second line, and the display URL. And Google will show you a preview of what this will look like, depending on where your ad is positioned. And in general the one thing that you don’t want to change when you’re split-testing two ad variations is the landing page.

You can have different display URLs, for example, you could put “www” and then have another ad that didn’t have this, but you’d want them to land on the same page, and that’s important, because if you have different ads going to different pages, it’s very difficult to figure out conversions. It doesn’t make a difference for the click-through rate, but it makes a huge difference for conversions, which is ultimately one of the things that you want to be testing when you split-test ads.

The other approach you can take is to split-test several ads against one another and put in a different variable for each one. So, for example, you click on “New Ad,” just like normal, and what you do is you change one thing. So you add a different headline, “Cool SEOK study,” instead of the other one and then you would add that as an ad. And then you create another ad and you would change something here. So, “How to increase traffic.”

So you keep making these slight variations until you have a different headline, first line, second line and display URL combination for all of your ads. And then you just want to run them. And you can see, based on the click-through rate and the cost-per-conversion and the average cost-per-click, which elements of the ad are performing best, and you can incorporate those into your advertising copy for future ads or other advertising that you do online or offline.

So there’s one other important thing to keep in mind and it’s whether or not you’re getting statistically significant results. So let’s say that you had these two ads running against one another and one has a click-through rate of 10%, another one of 5%. You might think that this one’s better. And that could be the case. But you need to make sure that you’re getting enough results that they’re actually significant. And to do that you can use a cool little tool called splittester.com.

So just go to splittester.com, and what you do is, you put the number of clicks from your first ad and the number of clicks of your second ad here. So this is right here, clicks. So you put, let’s say, 150 and then 200, and then you put the click-through rate of the first ads. So click-through rate is here. So let’s say one is 5% and the other one’s 10% and click the “Calculate” button. So, as you can see, we are 99% confident that ad number two is better than ad number one. But if you didn’t have as many clicks to go by, or if the click-through rate wasn’t as big of a difference… in this case, it was more than double… you might not be as confident and if that’s the case, you want to run the test for longer, until you get enough clicks to get a statistically significant result.

So finally, you want to start keeping track of the changes that you make and this isn’t as important if you’re running 15 ads against one another because then you’re just going to eliminate 14 of them and you can just see that this is a winner and then create another one. But if you’re doing several split-tests with two different ads, a lot of times you’ll forget five tests ago the things that you changed, and you might want to incorporate some of those things into your ads. So what you want to do is scroll up and click on “View Change History,” and this will show you all the changes that you made to that ad group.

Now if you want to keep things organized, because by default it shows you information about changes that you made to bids and keywords and things like that, you just want to click on “Add” and it will show you all the changes that you made to “Add.” So, for example, on September 23rd at 7:34 there was a text ad change and to see what exactly what that change was you can click on “Show Details” and it says “Display URL Change” from this to that. Now this is great if you’ve been doing split-testing for a while and you want to go back and see what elements of ads have worked for you and which haven’t.